Why Are the Earth’s Trees Suddenly Dying?
:The Truth Revealed 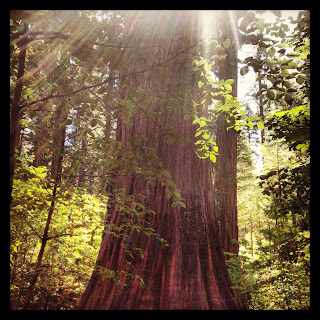 Trees all over the world are dying and scientists are not sure what to do. Without trees our human race will not be able to survive. Many of us have at least heard about the deforestation of South America’s rain forests. As it turns out, deforestation doesn't just affect the local areas where it’s happening, but the rest of the world as well. "NASA did a study looking at deforestation in the Amazon and thinks that it has caused the drought in Texas… if you cut down a forest in one place it can cause a drought a few hundred miles downwind," says freelance journalist and author Jim Robbins. Mr. Robbins has published four books, the latest of which, The Man Who Planted Trees, is about his concern for this sudden death of massive amounts of trees.
Now, not only are we seeing the extinction of trees in South America through deforestation, but in our community in Marin County where our oak trees are catching diseases. "Sudden Oak Death (www.suddenoakdeath.org) is one of those things we are going to see more of. As it gets warmer the climate wakes up these organisms.”
Forests are really complex. Each forest grows in a different type of soil and might face different directions, and the climates that they grow in vary greatly. Forests have not been studied much until recently, so we don't know very much about them. “The state of the worlds forests is a big unknown and that is part of the problem,” says Robbins. “It’s an enormous task to understand our forests. The best thing that scientist can do is get a sense, and look at small areas of forests.”
One of the projects underway to help restore and preserve our forests is called the Archangel Tree Archive  (http://www.ancienttreearchive.org/), founded in 2001 by David Millarck. The initial idea was to clone the largest tree of every species. For example they would clone the Bristle Cone pine trees. The reason that we would want to clone the larger trees is because those are the trees that have survived the longest, and so the traits that those particular trees have are more favorable and reliable.
Robbins, who owns many acres of forest himself, noticed his own trees starting to die so he decided to investigate. He then followed up with his book. “People need to learn about trees and the role they are taking as well as just planting them,” he says. “I wish I could say there was a fix for it. I do think that more research looking at specific answers and other ways to stimulate growth would help. We have done a lot of damage to our planet and trees are the way to fix it.”
For more information about The Man Who Planted Trees, please visit Jim Robbins’ website (http://www.jim-robbins.net/) To help reforestation efforts, donate to the Archangel Tree Archive.
-Robyn Organ, December 10th 2013