It's Time to Face Facts: We Must Power Down Fossil Fuel Consumption Now

Scientists today from all over the world have begun to realize the possible catastrophic effects of climate change that are facing our world today. These effects are happening quickly and are happening now, even though we may not all see it. The question is, are humans going to be able to come up with alternative energy sources fast enough? And if not, what economic sacrifices are going to have to be made in order for the human race to be able to go on as a whole? 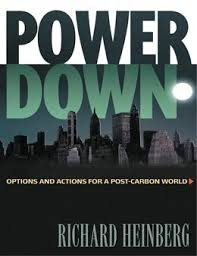 The EarthScope reporter team interviewed Richard Heinberg, one of the world’s foremost peak oil experts, and the author of 12 books including his latest Afterburn: Society Beyond Fossil Fuels. He is also a senior fellow at the Post Carbon institute and has spoken to hundreds of audiences in 14 countries.


“Climate change requires us to change our energy sources. Fossil fuels have been our main energy sources for decades now and they are economically very powerful; there are fuels that are energy dense and easily portable. They have really fueled economic growth in a way that nothing else ever has before… but of course burning fossil fuels releases carbon dioxide which is a principal greenhouse gas and so everyone who looks at the problem of climate change seriously comes to the conclusion that the only way that we are going to deal with this problem over the long term is to reduce our use of fossil fuels.”


Fossil fuels are the core reason for climate change. If humans want to solve the climate change crisis, there has to be a limit on the amount of fossil fuels being burned and people are going to need to find alternative energy sources. But, scientists agree that global warming is happening now and happening fast. So what if we can't find alternative energy sources before earth reaches the point of no return? According to the NOAA, the “point of no return” for our world's climate will have been reached by 2042. This doesn't give us much time to come up with new innovations without controlling our use of fossil fuels.


According to Richard Heinberg, “We are going have to be powering down our use of fossil fuels probably more rapidly than we are going to be able to replace them so that means we are going to have to give up some of our economic growth we have come to expect, we may even have to find ways to shrink our overall consumption of energy and resources… and again that is not something that politicians or ordinary people want to think about.”
Posted by Unknown at 2:03 PM No comments:

By Earthscope Media Reporter Adam Vogel
A recently published investigative series from Inside Climate News suggests that Exxon Mobil, the world’s largest publicly traded international oil and gas company, knew about the dangers of climate change as far back as the 1970’s. The corporation became aware of rising levels of Carbon Dioxide in the earth’s atmosphere, even before members of the public and the government. The investigation also suggests that all of the major oil providers, not just Exxon Mobil, were aware of the ramifications of non-renewable energy usage. And yet, almost all of these companies continued to spend millions of dollars over the next decades in an effort to sway public opinion by discrediting the science that acknowledged climate change. 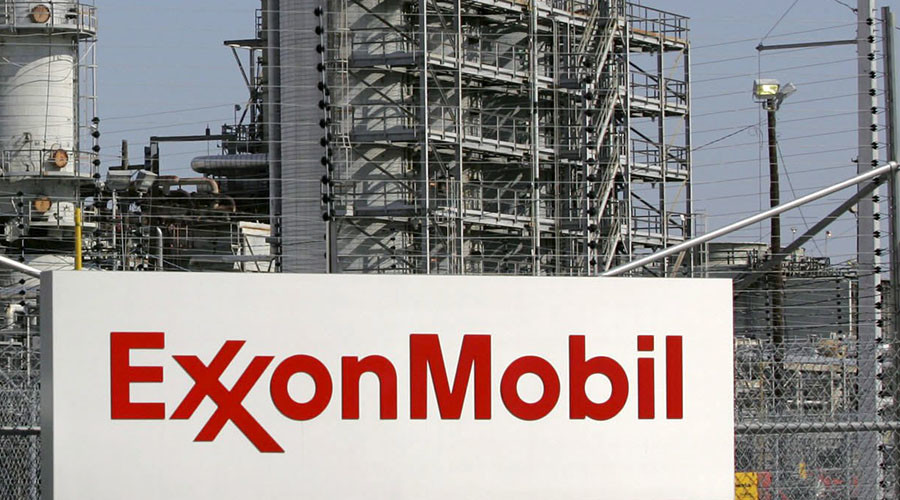 Exxon scientists had been warning executives of the dangers of climate change as early as the late 1970s. In July of 1977, Exxon’s senior scientist James Black warned Exxon’s management committee of the possible future ramifications of fossil fuel use. Other Exxon scientists even continued to model a projection of the earth’s climate in the 1980’s, predicting that the earth’s temperature would increase as a result of the oil industry’s fossil fuel dependence. The predictions espoused in these models have for the most part come true as of today.
In addition to Exxon’s own scientific investigations, the American Petroleum Institute alongside the nation’s largest oil companies began a task force that conducted new research on the effects of fossil fuels on the climate. The investigation ran between 1979 and 1983, and gave the oil industry irrefutable truth that climate change was occurring, and posed an immediate danger for the earth and its inhabitants. It was from this program that Exxon, along with the rest of the oil industry, first became aware of the dangers their industry posed for the earth’s climate.
Exxon management did not completely ignore the data presented to them; at first, they actually depended on it and used it to adjust their own environmental practices . They used the same climate data from their climate models in an effort to slow the melting of the Arctic ice cap, so as to mitigate the global perception that the earth’s climate might have been warming. Behind the scenes, Exxon was fully aware of the effect their greenhouse emissions were having on the atmosphere. When addressing the public however, Exxon seemed to blow off new studies that pointed towards a rising global temperature. Instead of admitting what they already knew to be true, they spent millions of dollars (Greenpeace estimates the number to be around 30 million dollars) in an effort to convince the public that climate change was not occurring. They even went so far as to create the Global Climate Coalition, a program whose sole purpose it was to discredit scientific research that called for action against climate change. By the 1990’s, Exxon spearheaded a new movement within the oil industry built around planting misinformation about climate change. Exxon’s efforts paid off; in 1998 the United States along with China and India refused to sign the Kyoto Protocol, much at the urging of the oil industry.


Dr. James Powell, a respected geologist and environmentalist, views corporate cover-ups like these as a major obstacle preventing Washington from taking action on climate change. Powell claims that most right wing politicians 15 years ago would not have attempted to discredit climate change, as they do today. In a recent interview with Earthscope Media, Powell says that over the last 15 years there has been “A campaign of doubt, deceit, misinformation, lies, by a group of so called ‘think-tanks’... funded by Exxon Mobil and private right wing foundations. And they have won so far… they have managed to sway public opinion, and they have really turned man-made global warming from a scientific into a political issue.”
Posted by Unknown at 11:18 PM No comments: