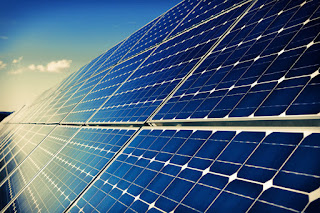 Solar panels have recently sparked interest for businesses and property owners who get a lot of sunlight. They are an innovative technology that has begun to spread all over the world. However, there has been much controversy lately, deciding whether or not they are worth the money that they cost. While interviewing David Kunhardt, the CEO of SolEd, he spoke about the positive sides of going solar and we discovered that they are worthwhile to install, as they have environmental and health benefits, provide energy with less risk, and support jobs and the economy. Additionally, they are clean, quiet, low maintenance, and have a predictable output of energy with short build times, long useful lives, and no fuel cost or risks.
As we have been told time and time again, we are in a serious state of global warming.  Our world’s temperature has risen dramatically, as well as the levels of our sea and the number of wildfires per year, all while the amount of rainfall, melting glaciers and land ice are getting larger. America is second in the number of greenhouse gas emissions we produce, and we make up only 4% of the population, so what can we do to help?
Solar panels are a great way to do your part for helping our earth, and they may save you money too! By looking at a solar savings estimator, you can discover how much you’d save by switching to this renewable energy, and can help you decide if it is the right thing for you to do. If your house is in the shade for the majority of the time, it would not be very beneficial for you to put in solar panels, but there are other ways that you can help that will make an impact. However, if you live in the sun, it may change the world you live in.
Solar panels have had many points put out against them, which have stopped many people from putting them up. Two of these main arguments are that the cost to install and buy the panels is not worth it and that the industry lowers the number of jobs that are available to those who work at coal plants. While these claims and statements are credible, they do not focus on the complete truth. The cost to install and buy the panels is a cost that has lowered dramatically from about $7 in residential areas to $3 per watt. This cost may continue to drop as more modules are bought. The amount of time it takes for solar panels to pay you back for the money you spent on them depends on the amount of sunlight you are exposed to, however it is often four to twenty years, in which time you will begin to gain back the money that you originally spent on electricity. As the second point says, the solar panel industry lowers the number of jobs available to the American working class. This is something that is currently being changed, as in the past five years a number of solar jobs have increased at least 20% per year.
Solar is a very good, clean renewable energy that anyone can buy. The market of solar panels

has grown drastically in the past decade or so, and is becoming readily cheaper for more people to

try and make a difference in today's world. Climate change is a factor that we need to think about

every day, as we and the rest of the world have to live with its effects for the rest of our lives. Right

now, the only thing we can do to help as citizens is reduce the amount of carbon we use, and one way

to do that uses solar panels. Just because we live on Earth, doesn’t mean we have to ruin it, and this is